Caroline Margaret Benyon was born on 14 January 1948, the daughter of the artist Carl Edwards FMGP (1914-1985), who at the time was head designer of the Whitefriars stained glass firm.

Caroline attended the Convent of Marie Auxiliatrice in East Road Finchley, while also carrying out odd jobs in her father’s studio, which he had established in 1952 at the top of Apothecaries’ Hall, close to St Paul’s Cathedral.

In 1966 she enrolled at Hornsey College of Art, studying silversmithing and design because she wanted to add an understanding of reflected light in three dimensions to her knowledge of transmitted light on glass.

Caroline left college in 1969 and worked as a jeweller and silversmith during the weekends and evenings, and for her father during weekdays.

In 1972 Carl Edwards relocated his studio to the Glass House in Fulham, which had been the studio of many women suffragist artists with whom Caroline strongly identified. While continuing to work for her father Caroline also cut glass for Moira Forsyth, in the studio that she once shared with Wilhelmina Geddes.

She married Tony Benyon in 1973 after first meeting him at Hornsey College in 1966. Over the next fifteen years she developed her skills as a glazier and glass-painter and also as a designer, with her own commissions making domestic stained glass for clients, including the actor Michael Caine and the novelist Richard Adams.

Her father’s Great West Window, in Liverpool Anglican Cathedral – which she mostly painted – was dedicated in 1979. At that time the American stained glass artist Rowan LeCompte commissioned Carl to make one of his designs for Washington Cathedral. Carl gave the job to Caroline and LeCompte presented her with a postcard-sized copy of his design and a tiny image of his work saying, ‘that’s how I paint, have fun’.

Carl Edwards died in 1985 and Caroline and Tony now began working together full-time, restoring nineteenth-century stained glass as well as designing and making new windows. In 1992 they established their own purpose-built studio in Hampton-on-Thames after they had to leave the Glass House.

Caroline’s first significant ecclesiastical commission was for the West Window of St Andrew’s Church, Romford, in 1993. By 2000 she began making a string of commissions including her large West window for Edenbridge, Kent, and windows for St Albans Cathedral and the Temple Church in London among many others, including her OBE Centenary Window in the crypt of St Paul’s Cathedral in 2017. She was also an experienced heraldic designer, with three Field Marshal memorial windows in Sandhurst Chapel, and armorial panels in Lincoln’s Inn Chapel, as well as in a number of City Livery Companies.

Covid interrupted her work, combined with problems with her eyesight but these were resolved. Ironically the last stained glass she made was this year, for the Apothecaries Hall, where her career began.

She was also active at the Worshipful Company of Glaziers, after being invited to join in 1985. She sat on the Court for many years, chaired the Glaziers’ Trust and was vice-chairman of the Crafts and Competitions Committee and involved in many initiatives that supported the craft.

Caroline joined the British Society of Master Glass Painters during the 1970s and soon became a member of the Council. She was elected Chairman in 2000 when she was at her most active as a designer and craftswoman.

For over twenty years she strove to make the Society a friendly home for all those with a passion for stained glass, whether practitioners, conservators, historians, or enthusiasts. She oversaw significant conferences, exhibitions, the redevelopment of The Journal of Stained Glass, the creation of the current BSMGP website and social media and much else to promote stained glass. But she will also be remembered by those who attended the BSMGP annual touring weekend conferences, for her meticulous planning and for making them such engaging and informative experiences. Her commitment to stained glass, often in adversity, and the passion and commitment she gave to craftsmen and the craft she cared about so profoundly, will be her legacy.

A fuller account of Caroline Benyon’s career, as well as personal tributes, will be included in the next issue of The Journal of Stained Glass (Vol. XLV). 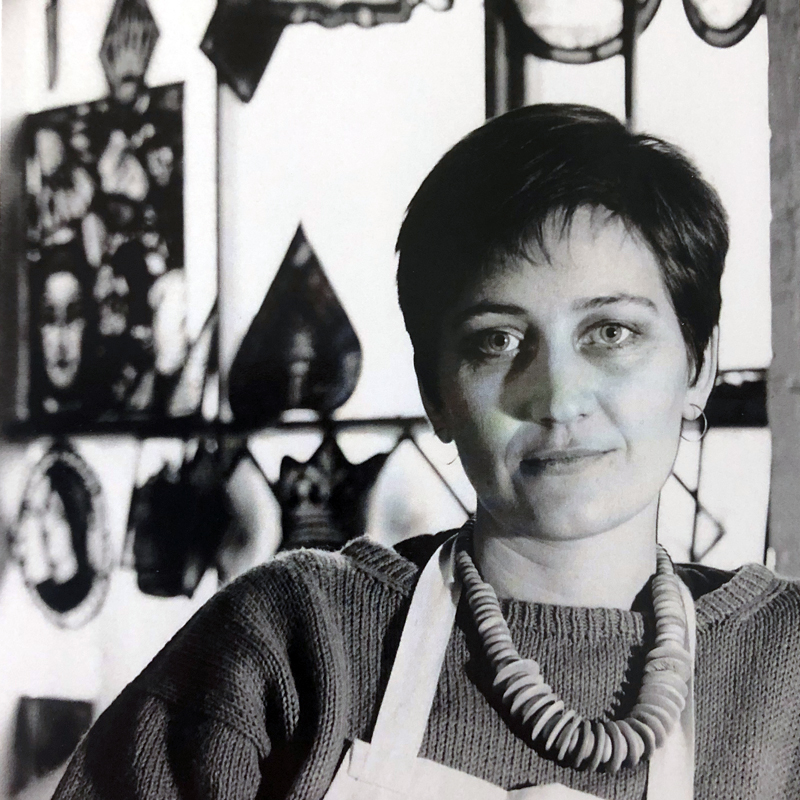 Caroline’s memorial mass took place at the Church of St James in Twickenham on 26 August. Guests were limited to 40 people because of social distancing and there was a live-stream of the service.

Donations in memory of Caroline can be made to the British Society of Master Glass Painters Trust, which supports the charitable arm of the Society. The Donate button takes you to PayPal where you can leave a message with your donation. Scroll to the end of the obituary for the Donate button. You can also donate by contacting secretary@bsmgp.org.uk