The Barley Studio team are delighted that our studio artist and Creative Director Helen Whittaker MA FMGP has been chosen to help promote the United Kingdom Government’s international campaign to showcase British talent in the creative sector. Helen’s stained glass window for Sopworth Church, previously exhibited at the Prince and Patron Exhibition, Buckingham Palace 2018, is one of two of her artworks featured at Manchester and Gatwick Airports. ‘The GREAT Britain campaign captures the best of all that is familiar about the UK, but also what is new and surprising about this country.’ 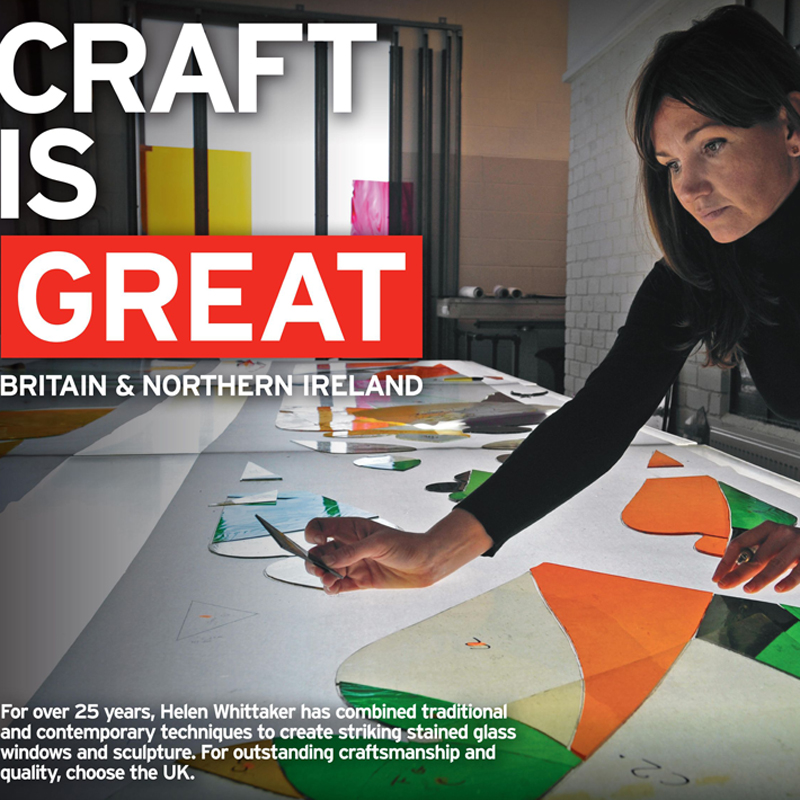