A portfolio of studies of medieval glass carried out by Kempe's studio was recently discovered in the library of the Society of Antiquaries (next to the Royal Academy) in London. What an exciting find!

Our Society’s librarian, Leslie Smith, facilitated a recent meeting at the Society of Antiquaries to view a fascinating group of 44 drawings discovered in the antiquaries archive.

The drawings relate to the work done by the Kempe workshop to the medieval glass at Tewkesbury Abbey in 1923. The drawings were carried out by Rudolph Tanner early in his career, probably under the direction of Walter Tower.

Roger Rosewell, roving reporter for ‘Vidimus’ and Jasmine Allen for the Ely stained glass museum also attended. This was a convivial meeting with interesting comment and discussion as successive batches of drawings were laid out for viewing.

It was noted that the drawings were worked up from drawings from the original lead lines of the panels. Underlying pencil drawing was then overpainted with watercolour and body colour, with careful colour matching, and faithful rendition of the medieval brush work.

The drawings are of a very high standard, and the gathering thoroughly enjoyed studying them. It was recognised that the policy for restoration/re-ordering was hinted at by various pencil notations, as well as the identification of alien insertions. It was evident that several of the drawings were more delicately rendered, with such details as corrosion of glass identified. From initials on some of them, it is reasonable to assume that these are the work of Tower.

Broader discussions considered the aims and motives for producing such detailed colour renditions. It was observed that there had been a history of rigorous study of historic glass by 19thcentury practitioners such as Willement, and Clayton & Bell- both of whom undertook sympathetic and well-informed restoration/conservation works to early glass based on careful analysis and drawing. These fine drawings can be seen as part of that tradition.

It is also known for example that Kempe followed Hedgeland in the restoration of the glass at King’s College Chapel, Cambridge. Hedgeland was in fact dismissed and criticized for his less than sympathetic, and historically inaccurate interventions there, a situation that Kempe would have been keen to avoid.

As well as being very interested and knowledgeable about historic stained glass, in both technical and academic study, Kempe had fine business sensibilities. It would not have escaped him that as well as informing the restoration/conservation process at Tewkesbury, the production of these drawings would have done the firm’s reputation no harm at all.

Were the drawings produced as a record, or designed mainly to assist the restoration/conservation works? We cannot be certain, but it is likely that they were intended to perform both functions.

Doubtless discussions will continue and expand as these drawings have now become available for study.

We are very grateful for the work in preparation of our visit by Head of Library and Collections Heather Rowland and Magda Kowalczuk for their kind hospitality on the day. Our thanks also go to Leslie Smith for all the work he does for our Society.

Our library is housed at the Society of Antiquaries and one of the cartoons is on display in a cabinet there. To find out how our members can visit click here. 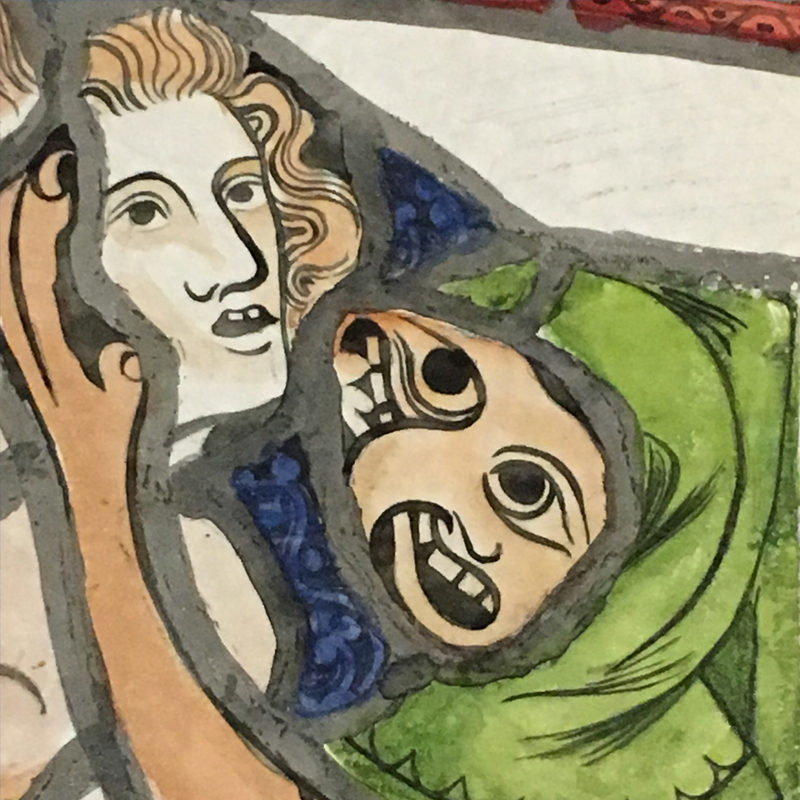 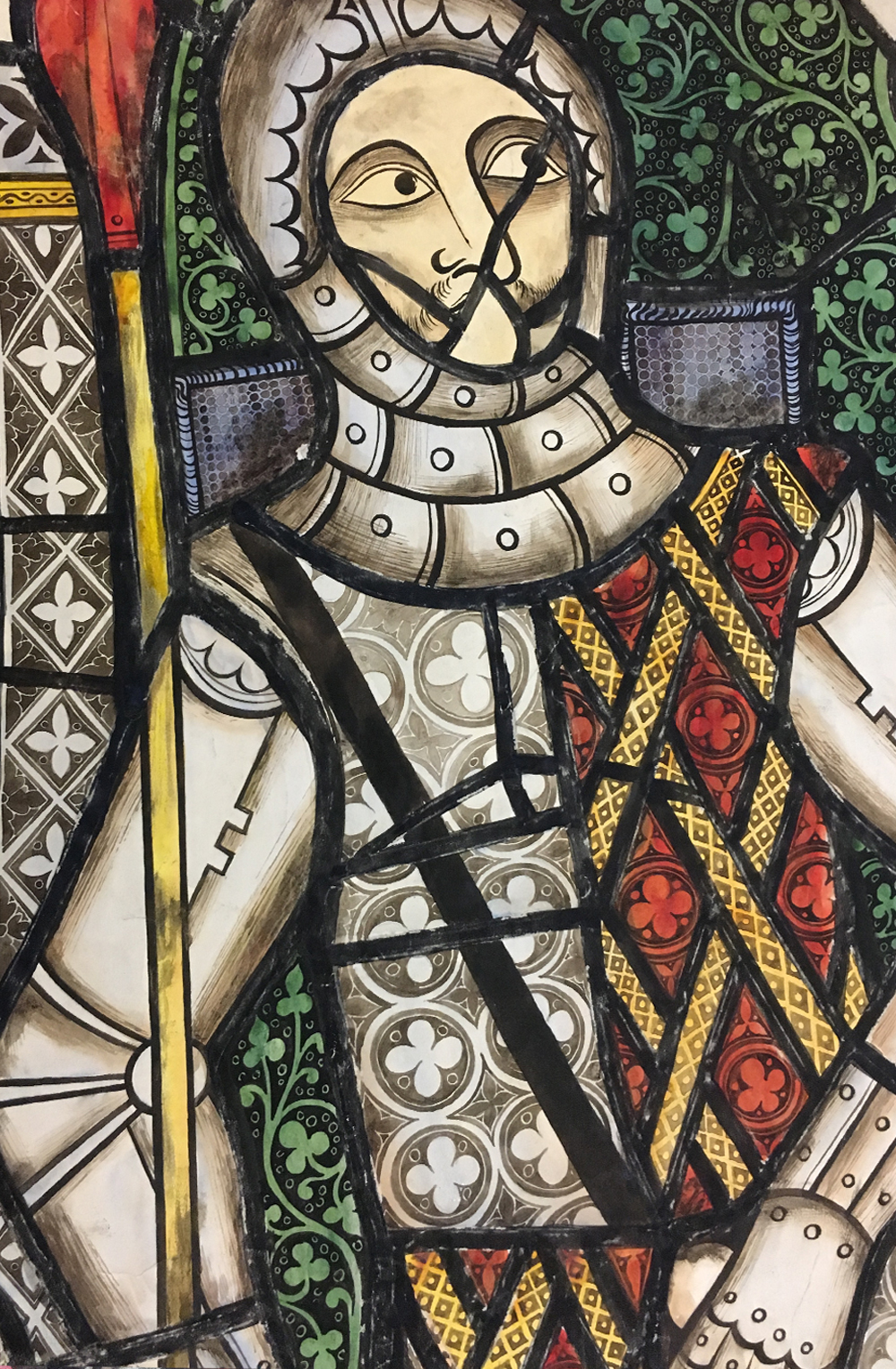 One of 'The Boys' as the knights are fondly referred to by locals. Study of medieval glass probably by Walter Tower